In short, insulation resistance testers are used to make sure that the wires and motors are working properly. They are an easy way to check the condition of the insulation on things like wires, generators, and motor windings. This is done by measuring the high resistance values by sending a high voltage signal into the tested object, which is usually a wire. Of course, it’s also better to have chosen a reliable wire for your needs, but insulation resistance testers and megohmmeters can do much more than that in ensuring your electrical system is in proper working order. 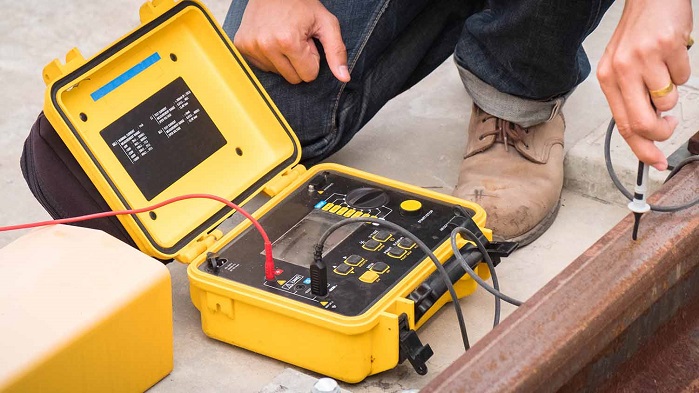 The megohmmeter has been around since the late 19th century, and by the early 20th, it had already become an incredibly popular piece of technology. For a very long time, there were no real improvements done to the humble megohmmeter, up until a few years ago when its entire kit got improved. Due to insulation resistance quality declining constantly on its own as a result of external factors, such as temperature, humidity, and moisture, you always want to be able to detect insulation failures within motors, transformers, and wires. This is where the reliable megohmmeter comes in, which is able to efficiently read the condition of the insulator by performing an insulation resistance test, or commonly known as the megger test.

How to Use a Megohmmeter

The basic principle behind megohmmeters is to generate voltage in order to determine the resistance value of insulation. The standard megger meter can supply a voltage of 1000 volts, but some hand-cranked ones can supply up to 10,000 volts. There are several steps to run a megger test and there are a few safety precautions you should take as well. You start by cutting off the power that runs through the wires and then disconnecting them from both ends of the circuit and all feeding wires in motors. Connect one megger lead to a ground connection and the other to the conductor, such as the exposed copper wire. After that, you crank the generator to build voltage for a few seconds, and you should get a reading of 1 ohm for 1000 volts of operating voltage. 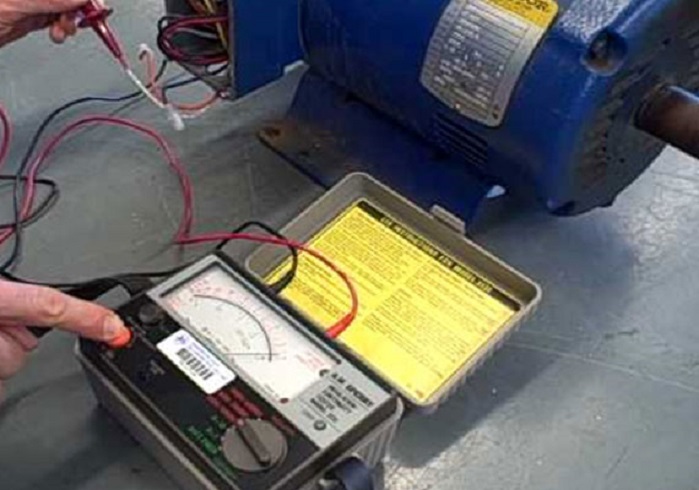 Why Perform a Megger Test

The main reason behind this type of testing is to ensure that the insulation of the wiring is at acceptable levels. You can never be certain of this without tests because insulation tends to degrade after a while on its own. For example, if the wires are exposed to a fire or a high heat event, then it’s natural for the insulation to degrade because all metals have melting points. If the metal has reached its melting point, then the insulation might be compromised on the inside without any outside visible marks. If that’s the case, then the wire might cause another fire as the current flow increases. Such a safety risk should always be mitigated, which is best done by testing with a megger insulation tester.

What is Done During Megger Testing

During testing, the circuits are being tested for existing connections and melted areas that might have happened during a fire or a high heat event. When you’ve analysed the results, and the specific circuits are isolated and replaced, you can then take the necessary precautions to prevent something similar from happening in the future, at least as much as possible. The main takeaway is that a megger test is done to ensure all of the wiring is functional in regards to insulation because if not, that can really cause a lot of unwanted safety risks and problems. 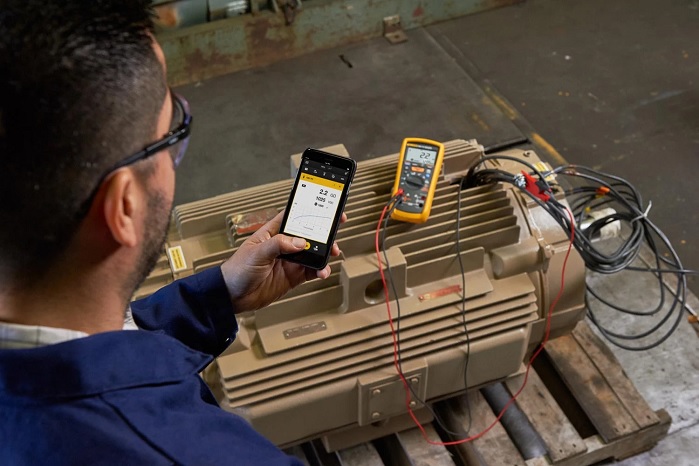 Working Principle of the Megger Test

The test’s basic principle is that it is either hand-operated by a crank, or the device is powered by a battery. You need a 500 volt DC for performing a test on equipment range up to 440 volts, whereas up to 5000 volts are needed if you test high-voltage electrical systems. The control coil, which is also known as the pressure coil, is connected across the circuit. When you perform the test on a hand-cranked device, the electromagnetic induction effect is used to produce the voltage needed for the test, and in contrast, the battery produces the voltage needed for the testing of electronic devices. If the short circuit point shows zero on the tester, it means no resistance within the circuit is being detected.

The two main types of megger tests are electronic and hand-operated. The electronic testing has a very high level of accuracy, and it is very easy to read and operate. It’s very handy to use, meaning it can be used in any space, either big or small. Hand-operated tests are considered quite old by today’s standards, but they do have their advantages. The chief advantage is their affordability, meaning they can be readily found at low prices. However, they also don’t have any external requirements to operate because the entire test is performed by a hand crank. That can be a big advantage in many situations because you might not have a power source at a certain time available.

Megohmmeters have very specific, but highly critical uses across industries. They are an invaluable piece of equipment that will certainly be popular for years to come.

Everything You Need to Know About Electrical Systems in Caravans

Walk Comfortably: A Guide to Travel Shoes for Women

Bedroom Environment: Your Bed Setting Can Influence How Well You Sleep

The Distiller’s Guide to Rum Essences

3 Steps to Creating a Spa-Like Bathroom

Step Up Your Parenting Game: How to Choose the Right Baby Bouncer

Steps to Choosing the Right Life Jacket and Vest