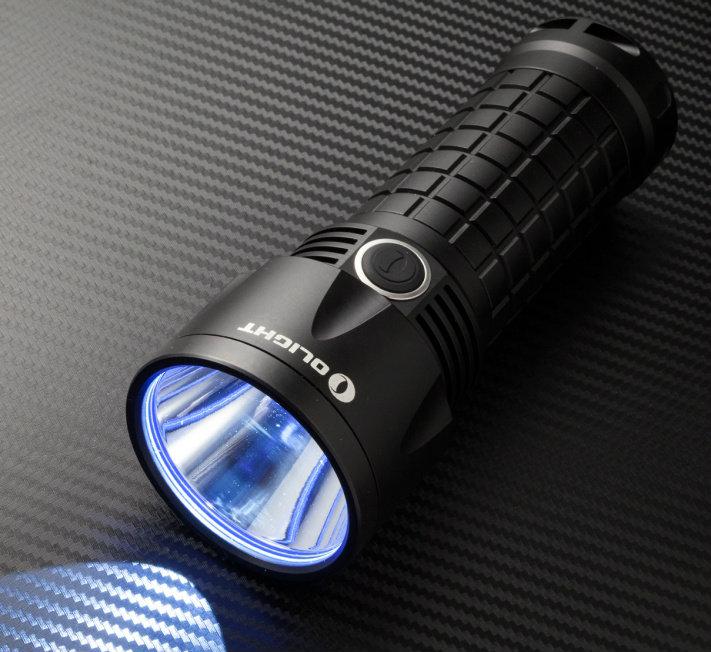 If you are looking to buy a long range flashlight, what you need is a throw flashlight. Despite the name, you don’t actually throw the flashlight itself. In fact, I would strongly recommend against doing that. It doesn’t work like a boomerang, a shuriken, a chakram, or any other throwing weapon. The “throw” part refers to the light beam. Basically, the two terms that are always used to describe the beam pattern which the flashlight gives off are flood and throw.

A throw flashlight, on the other hand, is able to shoot a focused beam at very large distances without necessarily lighting up the area around the flashlight. An extreme version of that would be a spotlight. The most common way these flashlights are created is by using a parabolic reflector with the LED perfectly positioned in the focus so that all of the light that hits the reflector travels parallel to the same direction where the flashlight is pointing. Another way to do that is with the help of lenses and TIR optics.

When it comes to long throw LED flashlights, Olight are the true masters and one of their best models is the Olight SR52 UT. The SR52 Ultra Throw Intimidator is a next generation flashlight with more power in a small body and it really lives up to its name. Weighing at 405g, the Olight SR52 UT has a maximum output of 1100 lumens and can reach a distance up to an amazing 800 meters. This is all thanks to the latest Cree XP-L HI LED and the quality focus system and the ultra clear tempered glass lens with an anti-reflective coating.

One of the most notable differences between this and the previous model is that it has no dome which results in a more focused beam. It has a built-in charging USB port for its 18650 rechargeable lithium ion batteries and an indicator that will let you know when the batteries are full or running low. It has three different settings, plus a strobe mode and can run up to 40 hours at the lowest setting. It comes in a neat plastic box and a holster. You will also get a micro USB cable, a car adapter, two spare O-Rings, a user manual and a five year warranty. This flashlight is perfect for search and rescue operations, law enforcement and outdoor use in general.

Step Up Your Travelwear: Choose the Right Pair of Shoes for Your Next Trip

Steps To Selecting The Right Perfume For You – Part 2

Steps To Buying A Property For Sale In The USA

Steps To Follow For Proper Use Of Crane Trucks

Steps To Choosing Equipment for Your Construction Project

Steps To Take To Prevent Injuries From Mobile Cranes

Steps To Selecting The Right Perfume For You – Part 1

Steps To Testing An Ethernet Switch