With the need for using renewable energy sources increasing, solar power has become almost ubiquitous all around Australia. In order for your devices to take advantage of the solar power that’s harnessed by the solar panels, you need a solar inverter to transform the DC energy that comes from the sun into AC power. DC power flows in one direction and provides current when there’s no electricity. It can be used for a wide range of small appliances that have their power stored in a battery. AC flows both ways, and it goes back and forth inside the circuit. This power is used for household devices.

There are a few different types of, including off-grid inverters, which are used in remote solar systems in which the solar inverter is fed DC energy from a battery, and the battery is charged by the solar panels. Then, there are on-grid, also known as grid tie string inverters that feed power in the electricity grid by corresponding frequency and phase. These inverters automatically shut down once they sense a loss of supply from the utility grid. String inverters can deliver only as much power as the least productive solar panel. You can add power optimisers to the setup so that panels are optimised independently and you get system and panel level monitoring.

Battery backup inverters are designed to draw energy from batteries. The charge of the battery is preserved by using on-board chargers, and these inverters can provide AC power during power outages. Lastly, micro inverters are the newest technology in the solar inverter industry, and they’re compact and portable, while delivering the best performance. These inverters are individually attached to each panel, meaning the panels’ performance is optimised independently, and they allow you to monitor the system and panel level. 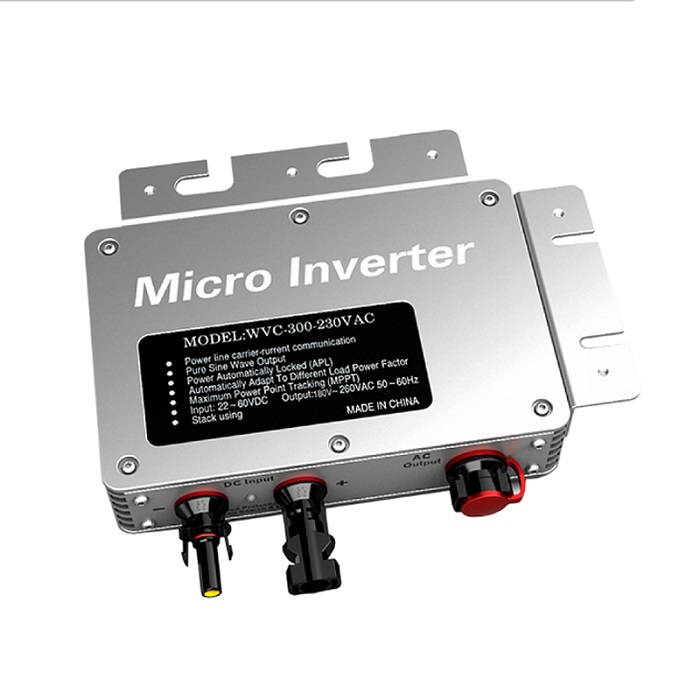 No matter what type of inverter you decide to go for, you’re going to need to pick the right size. Size doesn’t refer to physical dimension, but instead the output of a pure sine inverter. Ideally, the size of the inverter should correspond or be a bit higher than your output requirements. That being said, the first step is to determine your power requirements. Once you figure that out, add 15-20% to that to facilitate the overhead. So if your requirements are 2500W, you should go for a 3000W sine wave inverter. But keep in mind that inverters have two ratings – peak and continuous. The peak rating refers to the amount of power needed to start a device, and it’s always higher than the continuous wattage. The continuous wattage is the power needed to run the electronics.

Furthermore, you have to consider battery power. It makes no sense having a 3000W sine wave inverter if you only need 300 amps. In that case, the supplied power will drain out the battery, so make sure there’s enough power capacity on the batteries to run the inverter with the electrical equipment you need to power. You want the inverter to be as efficient as possible. Like any other process, converting DC to AC generates heat, and energy is lost. So for example, if your batteries supply 2000A, you might notice the output being less by, say 5-10% of the original figure. Some inverters are more efficient than others, resulting in a lesser power loss. 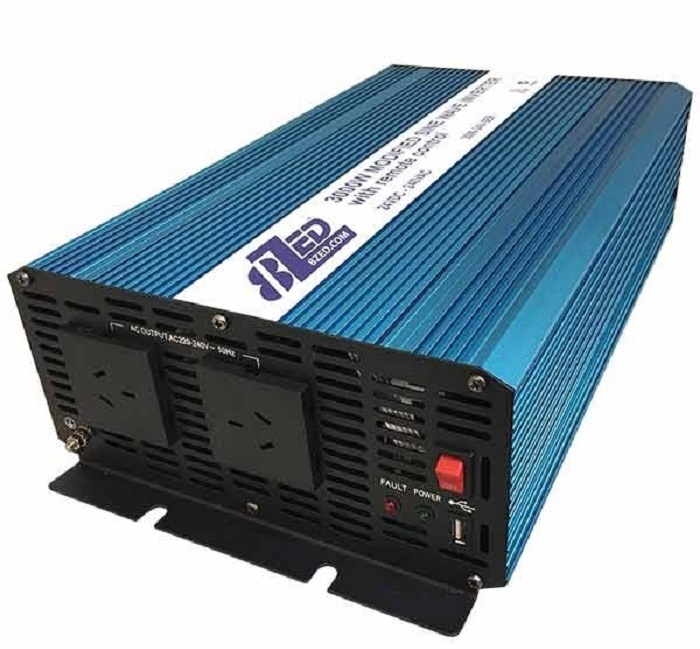 Then, you have to consider the operating time of the inverter, which is reliant on the battery capacity. The battery capacity is measured in amp-hours and the overall wattage of the appliances you want to run. In other words, it’s estimated by dividing the battery Ah rating by the current. Most pure sine wave inverters prevent the battery from going completely flat once the input voltage goes under a specific level.

And lastly, you have to consider the price of the inverter. The prices of inverters can range from just a couple of hundred up to several thousands of dollars. The more expensive inverters are obviously more powerful and may come with some useful features. But the most expensive inverter doesn’t necessarily mean it’s the best one for you. Take note of your needs and just get an inverter that surpasses them slightly. Set a budget range for yourself to narrow down your choices.

After knowing what solar inverters are, and what steps you need to take in order to pick the right one, let’s discuss the advantages they offer not only for your system and energy needs, but for the overall well-being of the environment as well. Solar energy is constantly helping decrease global warming and the greenhouse effect. Not only do you save the planet by using solar energy and solar inverters, you also save money. Pure sine wave inverters can deliver as clean energy to your appliances as the utility grid, and they’re cost-effective devices.

Tips To Prepare Your Holden Colorado for off Road Adventures

Better Than Flowers: Surprise Your Loved Ones With Sweet Bouquets

Why Are Teacher’s Planners an Important Tool?

Directors and Officers Insurance: A Step Closer to a Successful Company

Create the Living Room of Your Dreams in 5 Simple Steps