Foodies are well versed in the different tastes emanating from anything they sink their teeth into. They savour the flavours but are also aware of added ingredients that give dishes their distinctiveness. So are alcohol tasters and anyone fond of a good drink. Different foods and drinks can be honed to get the taste we want. You’ll know the quality of spirits by how long they’ve been aged, and the care that goes into every detail. But if you want to replicate specific alcoholic tastes and flavours you don’t have to wait years. Extracts and essences are readily available and are used to flavour both food and drinks quickly and easily.

Extracts vs Essences – The Difference

Extracts are the distilled form of food and various plants, dissolved in an alcoholic base and allowed to dry. They are sold in different forms, from solid extracts like granules, powdered extracts, or liquid and jelly extracts. Depending on whether natural ingredients are used, there are natural and artificial extracts; the latter using a combination of different ingredients to mimic the flavours of the natural foods or source. Common examples include vanilla, lemon or chicken bouillon extract, which come either as natural or artificial.

Essence is a term dating from the beginning of food flavouring. Today it generally refers to alcoholic essences or flavours, and derive from natural ingredients so are interchangeable with the term ‘natural flavourings’. The main difference is how concentrated each is. Essences are highly concentrated forms of natural extracts. Another distinction is that they are also used to flavour spirits like vodka, unaged moonshine, or neutral spirits, thus bypassing long ageing processes to get similar tastes and aromas. You’ll also see essences used in pastries, cocktails and a range of foods and drinks with a hint of alcohol.

There are different types of essences readily available like whiskey, bourbon, rum, gin, brandy and various liqueurs. They all provide the distinctive flavour and aromas of the drinks they try to replicate. Baristas combine varying concentrations of different alcoholic essences, like white rum essences, along with other ingredients like lime juice, coconut and pineapple slices to produce mojitos, Pina Coladas, or different forms of essences, like black and white rum to make Mai tai. Desserts like rum cake, rum raisin ice cream, vanilla rum custard and tiramisu can include a splash of genuine rum or a combination of different rum essences. Metropolitans, brandy milk punch, and brandy cobblers are just a few instances of cocktails base on brandy or brandy essence. Godfathers, Rusty Nails, and Manhattans are popular cocktails based on whiskey and bourbon. The combinations are endless, and all with the purpose of soothing a dry palate with luscious flavours.

Types of Rum and Rum Essences

Rum essences replicate the different rum flavours and types. Since fermentation, distillation, blending and ageing methods differ, there are dozens of different rums. The basic ingredient, sugar cane, also has its own regional flavour. They are six major types of rum, and rum essences:

White Rum is clear, with a mild flavour and light body. It is the base for famous cocktails, along with fruits, herbs and spices. It is aged the least and filtered to remove the colour. Its alcohol content is 40 per cent.
Gold Rum is aged longer than white rum and gets its hue from the barrels. It has a stronger flavour, with fruity overtones.
Dark Rum is rum in a darker grade than gold rums and has a fuller taste. It gets its colour by ageing in oak barrels.
Black Rum has the heaviest body and richest flavour, making it a staple in cooking. Black rum balances out the flavour of other rums in rum cocktails. It retains much of the taste of sugar molasses and is often combined with caramel for a darker hue. Charred barrels add to the colour. Bundaberg is a typical Australian dark rum.
Navy Rum dates from the British colonisation of the West Indies, where most rum production is based. Daily rations of rum were served to sailors to lift spirits and prevent scurvy. Navy rum has a rich, full-bodied flavour.
Spiced Rum is mainly based on gold rum, with the addition of various spices. Spices include cinnamon, ginger, cardamom, cloves, and vanilla. There’s a hint of citrusy flavours as well.

Rum essences are a cheap and creative way to replicate the different flavours of famous rums. They can also be used to get the flavours you want, with added ingredients of your choice and a little trial and error. Like gold rum? Then get gold rum essence. You can also combine different essences to tailor the flavour you’re after. A 25ml bottle is added to 750ml vodka or neutral spirit base and left to age for roughly three to four weeks. Fuller essences are sold in larger bottles and appropriate for spicing up to 2250ml of vodka or plain spirits. For a woody, smokey scent, add a teaspoon or two of oak chips in the mix and let them sit over a couple of months. Filter the final product and enjoy. 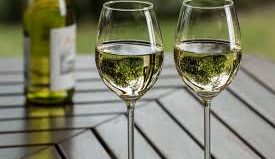 The Different Types of White Wine

Baby Steps to Better Health: Here’s Why You Should Switch to Natural Deodorant

How to Choose the Best Bamboo Blanket

Steps to Opening a Bakery: How to Choose the Essential Equipment

Step Up Your At-Home Workout Routine: Essential Equipment for Your Home Gym

Denamarine for Dogs: Many Liver Problems One Solution

How to Choose the Right Hiking Boots

Everything You Need to Know About Electrical Systems in Caravans

Walk Comfortably: A Guide to Travel Shoes for Women