The 3.0L J-series 4-cylinder installed in Isuzu’s D-Max is arguably one of the most reliable commercial engines ever produced. From powerplants for pumping stations, to N-series light duty trucks, they’ve been utilized in almost every application and capacity imaginable.

So, their presence in the turbo-charged D-Max, as well as Holden’s Colorado, illustrates just how well these engines are capable of performing if given a chance to show their stuff. Improved performance, however, isn’t the result of a single effort – it begins with a single effort. Let’s look at how one straightforward modification can open up the door to much stouter D-Max performance. 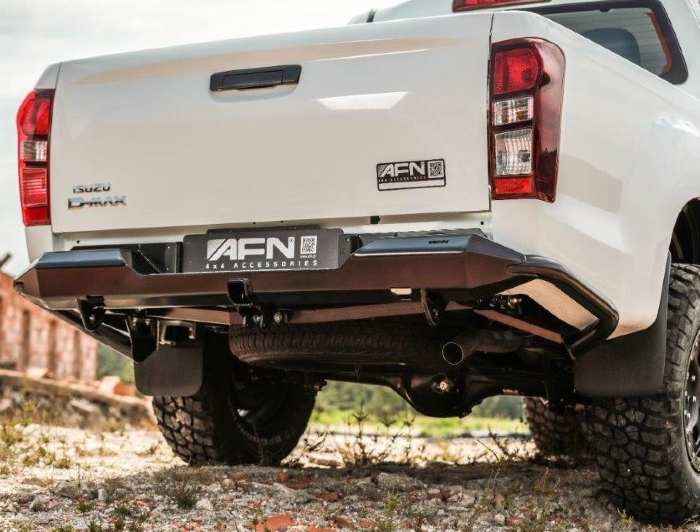 Let’s be honest: if we have to name just one aspect of the D-Max that could graciously use some improving, it’s the exhaust. It’s no secret that their factory exhausts are painfully restrictive; and for better or for worse, aftermarket exhaust systems are almost as common as sand at the beach.

That’s all the more reason though, that finding the best manufactured isuzu dmax exhaust system is so important for making sure your performance potential is genuinely headed in the right direction. Aftermarket exhaust systems are probably the most common performance mod there is. After all, it’s hard to go wrong with a new stainless steel, mandrel bent system that weighs less and can produce a rich, throaty, straight pipe sound while still it’s still carrying a muffler. It’s also good to know that with a new exhaust system:

· You’re not going to break the bank when you purchase one;

· There aren’t any technical risks tied to them; and,

· They don’t require any special tools or know-how to install.

Regardless of whether they’re aftermarket or OEM though, properly engineered exhaust systems are still complex assemblies. This is particularly true with systems where turbos are involved, and where, ontrary to popular belief, bigger pipes don’t automatically equate to better performance or flow. Here’s where it’s important to understand that a properly engineered aftermarket exhaust is the least restrictive one. It’s the one that allows an engine to breathe better, and it’s these “less restrictive” attributes that a D-Max exhaust system can benefit from.

There are three basic forces at work in an exhaust system:

The more efficiently they occur, the better the engine performs. It’s between these functions that factors like “increasing flow” and “decreasing restrictions” come into play. None of which are directly attributable to pipe size. 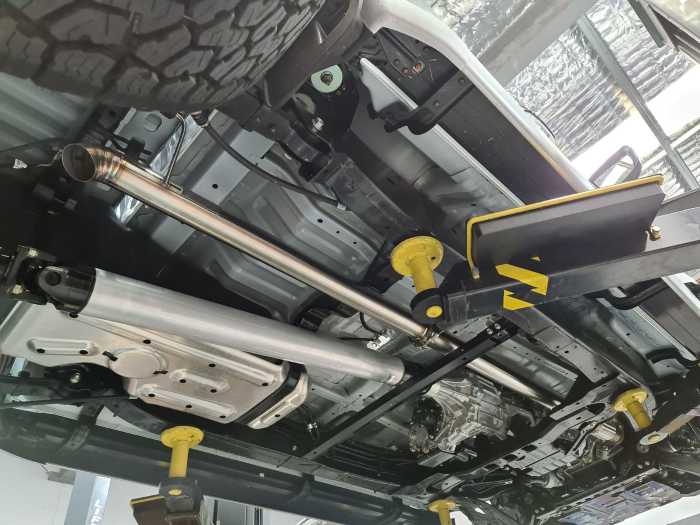 In an exhaust system, exhaust gases inherently want to travel from a point of higher pressure to one of lower pressure. Partially because the engine and turbo are mechanically pushing them through the system, and partially because the pressure differential is naturally drawing them out. These gases move in pulses created by the successive combustion cycles on each cylinder – not in a steady flow – and the vacuum that’s created by each of those pulses “drawing” out the next one is called scavenging.

In opposition to scavenging, backpressure is the tendency of those exhaust gases to linger in the exhaust system. It’s the result of poor scavenging because of restrictions like poorly formed pipe bends, or restrictive dump pipes, catalytic converters, and mufflers. In the case of a turbocharged engine like the D-Max’s, you have one that needs to have exhaust gases moving to stay spooled. If it can’t keep the gases flowing because spent gases are linger, then not only is the system restricted, but the engine’s now working twice as hard to overcome a new restriction.

Velocity is a measure of how quickly the exhaust gases are flowing through the exhaust system. In short, you only get good velocity when the scavenging is high and the backpressure is low, and, when the pipe diameter isn’t too big. Yes, flow velocity is inversely proportional to the cross section of the pipe – we know that thanks to Bernoulli’s principle. And what it means is that as intuitive as may be to reduce restrictions and increase performance by increasing the diameter of the exhaust, it’s almost guaranteed to have the opposite effect. 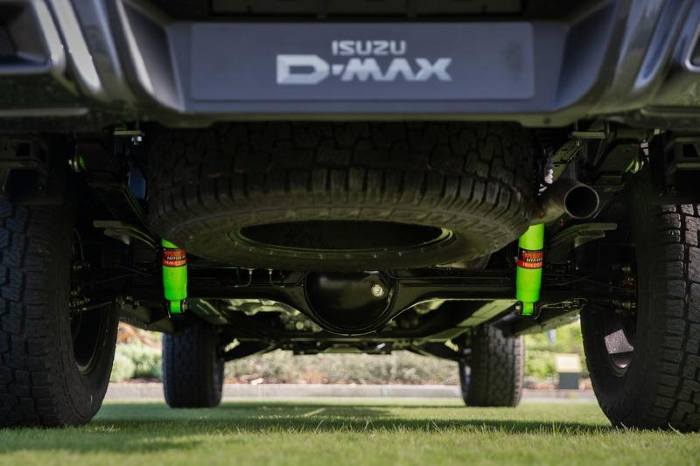 In short, what we want in a D-Max exhaust upgrade is a system that:

· Moves as much exhaust gas as possible;

· Ensures there are as few restrictions on gas movement as possible; and,

· Keeps them moving as quickly as possible.

Make no mistake: to keep noise and emissions within legal limits, OEMs are very deliberate about designing exhaust systems to be massively restrictive. But by increasing the flow and reducing the restrictions with an aftermarket system, it allows the engine to do more of what it was designed to do. In fact, depending on the circumstances, an aftermarket system can even reduce emissions by not forcing the engine to work harder to overcome the restrictions.

The J-series turbos are great engines; and by combining a new Isuzu D-Max exhaust system with other simple mods like new injectors and a new airbox, your ute’s going to perform like a completely different vehicle.

At the end of the day, if you own a D-Max you already know what kind of performance it’s capable of delivering.

If your OEM exhaust is worn out and you’re looking for a bit more pleasure in your driving experience, then today’s a great time to consider looking into a new aftermarket system. You’ll be glad you did.

Improve the Performance of Your Dodge Ram with a Throttle Controller

The Lowdown on Gluten-Free Flours: Step Up Your Baking Game

Bench Pressing: The First Step Into the World of Weight Lifting